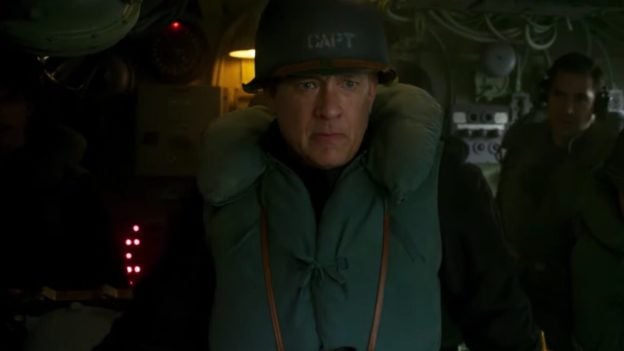 Tom Hanks in charge is always a good look.

The “Saving Private Ryan” star is back in save-the-day mode in the action-heavy first trailer for “Greyhound,” his upcoming World War II drama based on C.S. Forester’s 1955 novel “The Good Shepherd.”

In the early days of the war, Navy Capt. Ernest Krause (Hanks) is entrusted with his first command of a U.S. destroyer (code name: Greyhound) protecting an Allied convoy of 37 ships as it crosses the Atlantic. Things don’t go as planned, of course, and the Allies find themselves fending off packs of Nazi submarines in murky waters, while a stoic Hanks vows to “bring hell down from on high” on the attackers.

Even more interesting for Hanks fans: He wrote the script for the drama, which is directed by Aaron Schneider (“Get Low”). Stephen Graham, Elisabeth Shue and Rob Morgan co-star.

“Greyhound” will be in theaters June 12.