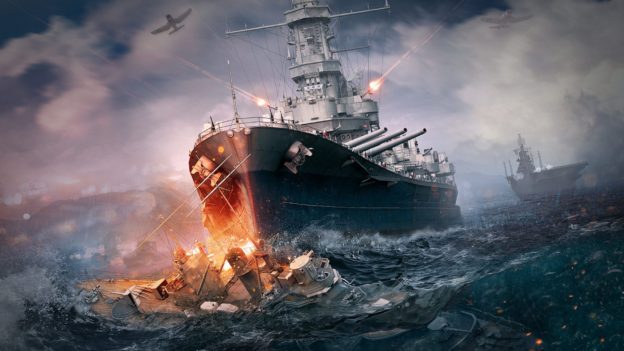 US battleships are here in World of Warships as part of Update 0.9.9 in early access.

These ships include Tier VIII Kansas and the Tier IX Minnesota. The update also brings new Directives, an upgraded Naval Base Port, and a new season of Clan Battles. As for the ships themselves, they’ll include powerful main armaments, good anti-torpedo protection, and great maneuverability.

However, keep in mind, these ships will be slow to turn and respond. While the battery guns have good range, this is offset by longer gun reload times. Additionally, decent AA defenses which can be reinforced with the Defensive AA Fire consumable are also included.

You can find these ships by opening random bundles in the Armory in exchange for Doubloons. By completing Directives players can get American Tokens, a new temporary resource that can be exchanged for bundles and other rewards in the Armory, including Gold Eagle permanent camouflages for US Battleships.

Clan Battles Season in 7v7 for Tier X ships is also introduced part of this update. Division Commanders will now have additional options to invite mercenaries – players outside their Clan to join their Divisions for Clan Battles.

You can learn more about this update here.