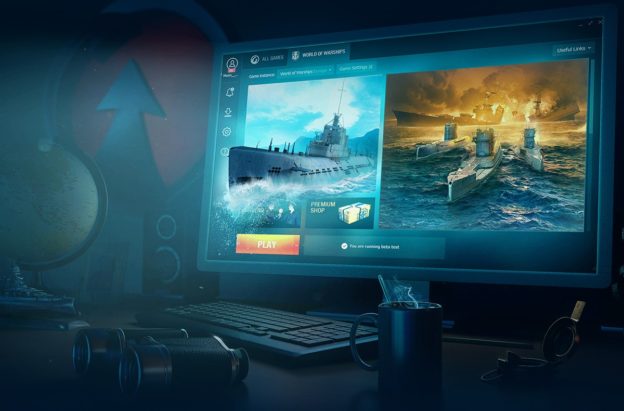 Wargaming.net has announced that the next round of submarine testing will happen this weekend. (4/16/2020)

The beta is going to be open to all who want to participate. In previous testing, only those who were invited could participate. Now it seems that they are gearing up for a free-for-all beta test that will ultimately lead to the subs being added to the live game at some point.

If you’d like to particpate in this weekend’s beta, make sure you have a copy of the PTS version installed on your machine.

You can find detailed instructions on how to set up your PTS version here:

Here are a list of changes in the public beta 3 testing:

Submarines have come a long way and changed significantly since the first tests, getting closer and closer to becoming a new full-fledged unit type. We tried a lot of changes during the third round of the Beta Test, but they weren’t enough. This incited us to move forward and try to discover which combination of characteristics and mechanics was required to make submarines a special unit type in our game.

The main change in this session is the return of the surface level. However, in order to make it less decisive and give players reasons to submerge, we added some new mechanics. They are the same mechanics that are applied when you fire main battery guns—increasing the detectability of your ship to the value of your maximum firing range. Emitting sonar pings will now also increase the detectability range of submarines. At the surface level, this effect is at its maximum, while in the submerged position it is lessened.

By manually controlling depth, players can select between two levels:

Submarines now have different consumables that depend on their nation. More details on this are available in the game client.

Apart from the changes to the global mechanics, we’ve also improved the depth controls, making them easier to use.

Submarines offer unique gameplay that sets them apart from the other ship types.

They are fragile but stealthy hunters, capable of traveling not only horizontally, but also diving into the depths. The exact depth to which a submarine dives affects her detectability, viewing range, and interaction with other ship types and submarines. Master their maneuverability skills, choose the most suitable depth, escape from your enemies, and surprise them with stealth attacks from the flanks.